Jolla’s Sailfish wins in face of Android and Tizen, at least for Yotaphone

Jolla’s Sailfish wins in face of Android and Tizen, at least for Yotaphone

Russian smartphone manufacturer Yota, who are behind the Yotaphone and Yotaphone 2 (the one with the secondary e-ink display on the back panel of the device) have announced a break with Google’s Android mobile operating system. Indeed, the Russian firm decided that the best course of action for their future phones would be a switch between operating systems, and they’ve chosen Sailfish instead of Android or Samsung’s Tizen. The company did not clarify whether the Yotaphone 2 would benefit from the Sailfish treatment, but it did provide confirmation that all future devices (at least for the foreseeable future) will run on Sailfish.

Sailfish is the brainchild of a bunch of former Nokia developers and employees working at Jolla. Jolla’s Sailfish is an alternative mobile operating system which is more popular in Asian regions. With the Yotaphone partnership, however, Sailfish is going to have a stronger pull on the international market. The entirely alternative operating system Sailfish can run most apps that run on Android, so the benefit of being able to side-load Google apps would be well appreciated by fans. Nonetheless, a Play Store in the app drawer would also be neat, but hey, Sailfish is not Android. 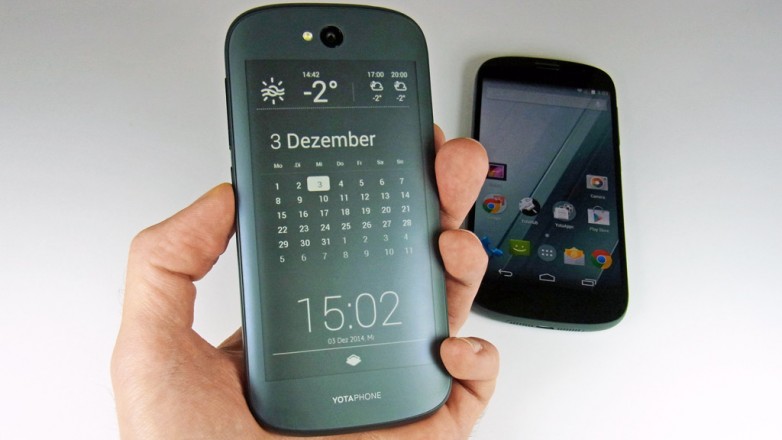 How would the Yotaphone 2 be with Sailfish on board?

Sailfish has been praised for its simplicity and stability, which is why Yota chose the OS in the face of Samsung’s rising Tizen platform and Google’s dominant Android OS. Sailfish is a Meego-successor, which means that it is based off the original Finnish Nokia operating system which was scraped for Windows Phone when the Nokia Lumia phones were gaining popularity on the international market. Yota and its choice of Sailfish do foreshadow a steady break from the mainstream when it comes to smartphone manufacturers.

Other companies are also looking for OS alternatives, and while most of them are not looking at Sailfish, but looking to develop and create their own proprietary operating systems, they do suggest that people around the world are demanding novelty and new ideas, and developers are ready to comply. Mozilla and others are also developing their own mobile operating systems, and major manufacturers like Samsung and Huawei are also readying their own versions of how a smartphone and its software should interact.

Sailfish is still considered a fledgling OS, even though its popularity is expanding. The Linux- and Mer-based mobile OS is getting a lot of attention from Linux and Mac users, who see the potential in the OS for future convertible devices and hybrid tablets. Jolla is already planning its tablet line-up, while the adoption of Sailfish confirmed by Yota only adds to the popularity of the OS. The main feature of Sailfish its open source nature and the feedback system it has in place, in which devs and users alike can propose mods and tweaks that can be incorporated into the OS. Whether the break from Android as a major operating system is just beginning or is just a fad, only time will tell.