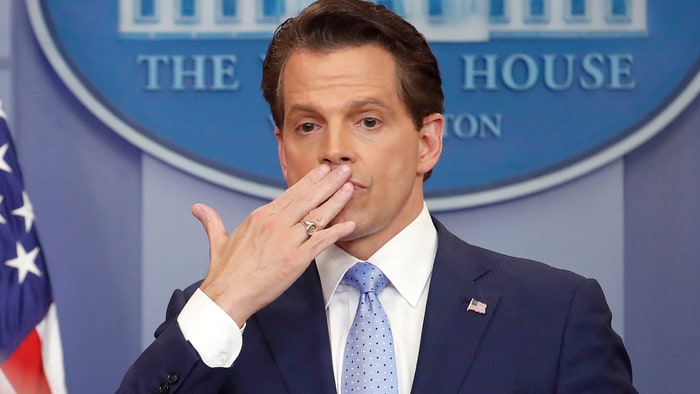 In what might be one of the fastest turnovers in the history of the United States, Anthony Scaramucci is no longer the White House communications director. Not even two weeks into the job, and President Trump has already fired Scaramucci. Oh boy.

The New York Times was one of the first sites to break the news of Scaramucci’s firing. According to the site, White House press secretary Sarah Huckabee Sanders made the following statement, “Anthony Scaramucci will be leaving his role as White House Communications Director. Mr. Scaramucci felt it was best to give Chief of Staff John Kelly a clean slate and the ability to build his own team. We wish him all the best.” This claim is at odds with Kelly’s apparent (according to the NY Times article) desire to “impose a new sense of order and operational discipline,” a desire that Scaramucci probably undermined by claiming he reported directly to President Trump and not Mr. Kelly.

Even though Scaramucci hadn’t been employed as the communications director for long, he had already accrued a bit of a troubled employment history in the White House, as he was, according to The New York Times, hired at the request of Ivanka Trump and Jared Kushner for the express purpose of forcing Chief of Staff Rience Priebus to resign. Furthermore, Scaramucci can also be credited for the resignation of former Press Secretary Sean Spicer.

Scaramucci’s removal is emblematic of the downright dysfunctional nature of the Trump Administration, as it has also lost White House Communications Director Michael Dubke, Director of the Office of Government Ethics Walter M. Shaub Jr., FBI Director James Comey, National Security Advisor Michael Flynn, Attorney General Sally Yates, US Attorney for the Southern District of Manhattan Preet Bharara, and Deputy Chief of Staff Katie Walsh, all within the span of seven months. Whether by resignation or Trump’s hand, this situation demonstrates that Trump’s administration is in utter chaos, despite Trump’s claims to the contrary, all posted on Twitter no less. While Scaramucci has yet to fully leave the employment of the Trump Administration, his future at the White House remains unclear. We have not heard any news on who might fill the role of the new White House communications director, let alone who is even willing to take up that position.