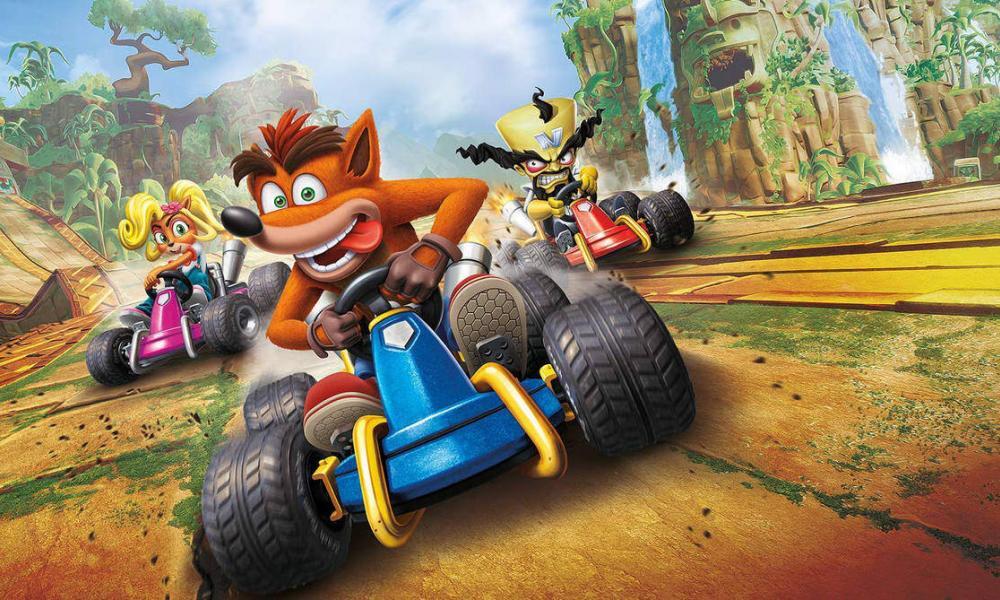 There hasn’t been any game more nostalgic than Crash Team Racing. Naughty Dog introduced us to the first CTR in 1999 and it took the world by storm. The fun and competitive game won the hearts of the players and ever since then people dreamed that this game will be brought back to its former glory.

Now 20 years later, it is confirmed that Crash and its friends will start their engines once more in the remastered Crash Team Racing Nitro-Fueled, coming out on 21st of June.

The game is full-on nostalgia mode, just because they brought back every single race track from the past Crash Team Racing games. So it doesn’t matter what game have you played in the past, it will all be there.

Can you imagine Crash Team Racing into 4K resolution, bouncing around with friends with modern online competition and leaderboards? That will be amazing. Activision which started the remastered CTR has plans to capture the feel of the old game infused with modern technology, which will be win-win for everyone.

This game is not going to be just a faithful copy from the original. Activision and the developer Beenox have decided to infuse it with new stuff that is designed to make the game even more interesting. As Thomas Wilson, the creative director on the game, announced that Nitro-Fueled will have the same overall structure, with redesigned hubs and all the same events that you’d expect.

The more noticeable change will be the reward system, which will give players a chance to win some sort of reward (kart parts, customization, character skins) more often, rather than only when you defeat the boss. He also announced that characters will be unlocked instantly when defeated rather than after Gem Cups.

The adventure mode in this game will be playable in two different ways: Classic or Nitro-Fueled. The only difference is that in Nitro-Fueled you will be able to customize cars, racers at any time, changing characters and applying new parts. In Classic mode, you will have to earn all the customization options but still, you will not be allowed to switch things up.

The creators of this game truly understood the importance of the single-player mode. That is why they spend so much time in designing the hubs as well as new cinematics in order to bring life to every boss fight. The hub worlds were designed as detailed as possible and the win still depends on skill.

The important thing is that this game with all the new add-ons still has more drama and excitement than a football match. Best of all, they didn’t spend all this time just for easy makeup and visual redesign of the game, forgetting about the mechanics of the racing which will be brilliant.

The release is less than a month away on Friday 21st June 2019. There are a couple of demos that you can play if you pre-order the game, depending on your location. The collector’s edition will be available Crash Team Racing Nitro-Fueled: Nitros Oxide Edition that will be available physically or digitally, providing you with a couple of extra unlocked characters as well as new vehicles.

The remastered is captured on point and it hasn’t lost anything from the previous game. In fact, it will be much better. As a family game, the Crash Team Racing: Nitro-Fueled will bring joy to everyone.

Bringing back the nostalgia it will be the best game for Saturday nights to enjoy with your friends. We have waited 20 years for this game, now we will just have to wait no more than a month to enjoy it.