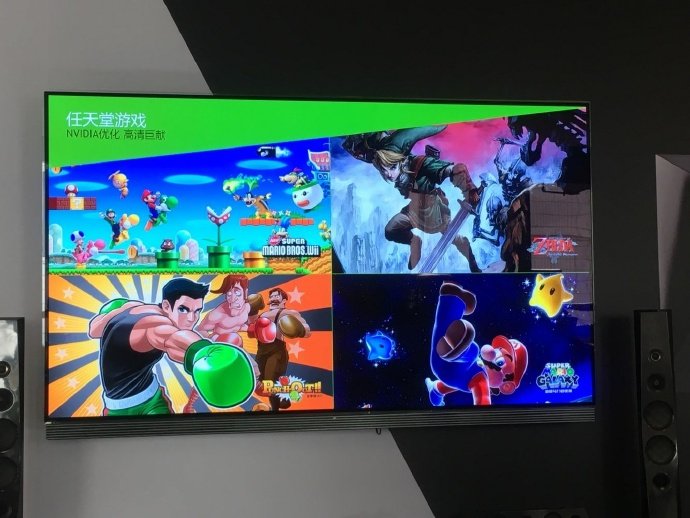 My biggest gripe with Nintendo is it restricts its games to Nintendo consoles, not counting free to play mobile games. The company used to be a little more open and allowed developers to create officially licensed games with Nintendo characters for non-Nintendo platforms (Mario Teaches Typing comes to mind), but then Philips ruined it for everyone with its terrible CD-i Mario and Legend of Zelda games. However, Nintendo seems to be warming up to the possibility of playing a Mario game on something other than a Nintendo Switch — or iPhone — as the company has made a deal to port multiple Nintendo games to the Nvidia Shield. In China.

Yesterday, industry analyst Daniel Ahmed tweeted that the Nvidia Shield, a microconsole that can stream television shows and PC games to a television, is finally coming to China for the low price of RMB 1499 (approximately $226.45). This would be good news on its own, but the kicker that gamers can play Nintendo Wii games (priced at 68 RMB, or $10.27) on the Shield turns the device into a must-have for families all over China.

According to Ahmed, this is not a case of a Chinese company taking advantage of Chinese copyright laws and releasing something that would violate a copyright in any other country (China has a bit of a problem when it comes to plagiarism, from the Chintendo Vii to a show whose best translation is the word salad known as Animal that King Kong). No, Nintendo actually partnered with Nvidia and the Chinese company iQiyi to bring Nintendo games over to the Chinese Nvidia Shield. At launch, Chinese gamers can expect Punch-Out!!, New Super Mario Bros Wii, The Legend of Zelda: Twilight Princess, and Super Mario Galaxy, all running in HD at 1080p, with more games to come, possibly including the fantastic Metroid Prime Trilogy. Of course, this raises the question how these games, designed for the waggle-tastic Wii Remote, play on a console with a standard, non-motion controlled controller. However, since Nintendo games were placed on the Nvidia Shield to, as Ahmend puts it, “strengthen the position of [Nintendo, Nvidia, and iQiyi] in gaming segment in China,” one would expect Nintendo to bring its A game and make the ports as smooth as possible, but only time will tell if these are good or bad ports

Here is some gameplay of Twilight Princess running on Nvidia Shield.

It is said to be running in HD (Not sure what that means exactly in terms of the port).

While these ports are exclusive to the Chinese Nvidia Shield, they could very well determine the future of Nintendo’s release plans. If this business venture is successful, we might soon see Mario, Legend of Zelda, and Metroid games on the PC (it’s a bit of a stretch to think they will ever be available on the Xbox One or PlayStation 4…yet). Nintendo is clearly loosening the iron grip it used to hold onto its intellectual properties just several years ago (just look at Kellogg’s Super Mario Cereal), and the “Nintendovidia Shield” could serve as the impetus for Nintendo to finally try its hand at modern PC gaming.