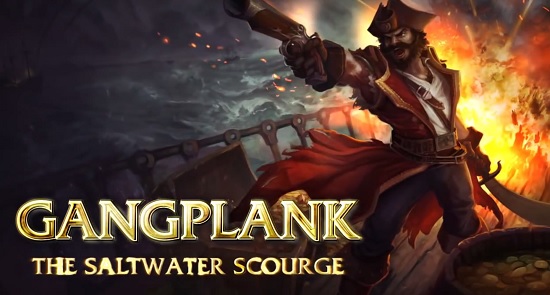 League Of Legends has seen an unprecedented move this week. Developer Riot killed off one of the game’s champions, the pirate Gangplank. He’s been made unavailable in the game and cannot be accessed at all, and that also goes for people who have spent real life money on his skins. Gangplank’s death came in a League Of Legends story event called Bilgewater, which saw the lore for many of the game’s pirate-themed characters built up. Gangplank was assassinated by Miss Fortune.

Logging into League Of Legends now will produce an alert at the top of the client, reading “Gangplank is dead and has been disabled in all queues.”

“Champion death is unprecedented in League of Legends, and we do not take it lightly,” Riot wrote. “We encourage all Gangplank fans to remain calm for a few days until we can fully assess the situation.”

Riot says it will not address requests for refunds from players who have dropped real money on skins for Gangplank, but the company says that it will do its best to “make things right for everyone.”

The fact that they’re not giving refunds over Gangplank’s death indicates that there is a larger plan at play here. It seems likely that Gangplank is destined to come back to life at some point. Players had to put a lot of time and effort into unlocking access to Gangplank, so it would be an odd move on Riot’s part to remove him entirely.

This is the first time a story event in League Of Legends has had any real impact on gameplay. Events tend to add new content, such as new maps, new skins, or new game modes. Bilgewater was no exception and added plenty of new content. But never before has an event led to the loss of any content, much less the loss of an important character.