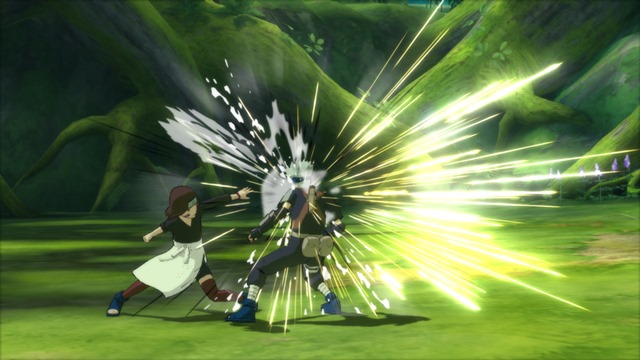 Naruto Shippuden Ultimate Ninja Storm 4, the new entry of the CyberConnect 2 series launching next year in all regions on consoles and PC, has been delayed recently but this doesn’t mean that we won’t hear or see anything new on the game in the next few weeks. The game is going to be available in playable form during Gamescom so there’s a good chance we will learn something new about its gameplay mechanics.

Bandai Namco has also released a new batch of Naruto Shippuden Ultimate Ninja Storm 4 screenshots earlier today, showcasing several characters such as Naruto, Sasuke, Rin, Obito Uchiha and others as well as some gameplay sequences. Some of these screenshots have already surfaced online in some form while others are entirely new. You can take a look at them right below.

Yesterday a new Naruto Shippuden Ultimate Ninja Storm 4 screenshot has been shared on the Naruto Video Games Facebook page. The screenshot showed Boruto and Sarada in action, two of the DLC characters of the game. The two characters taken from the upcoming Naruto movie will only be offered as pre-order bonus so you know what you have to do if you want to play as them but have yet to pre-order the game.

Last week Bandai Namco confirmed the publisher currently has no plans to release a Naruto Shippuden Ultimate Ninja Storm 4 playable demo. The game will be available in playable form globally in select events so players will only be able to try out the game during these events.

Naruto Shippuden Ultimate Ninja Storm 4 will be released this February in Japan on PlayStation 4, Xbox One and PC as recently revealed by Shonen Jump magazine. We will let you know more about the game’s Western release date, which has yet to be confirmed officially, as soon as possible so stay tuned for all the latest news on the upcoming fighting game developed by CyberConnect 2.