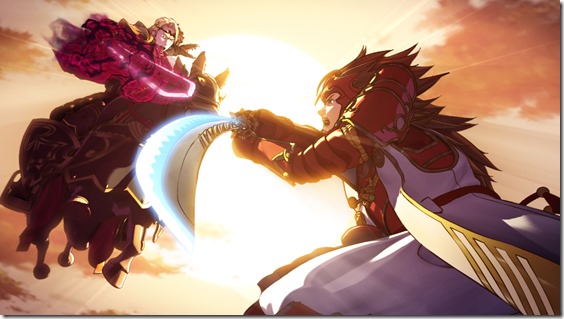 Around one month ago the Japanese magazine Famitsu launched a new survey on Fire Emblem Fates, the latest entry of the series developed by Intelligent Systems known in Japan as Fire Emblem If. The survey included a total of 19 questions asking players which story path they played first, which Fire Emblem game was their first one and more.

The results from this survey will be published in the next issue of Famitsu hitting Japanese stands later this week on September 10th. Alongside the survey results, the next issue of the Japanese magazine will also include a big 10 pages coverage on the game. Two low quality preview images of the Fire Emblem Fates coverage have also been made available and you can check them out right below. 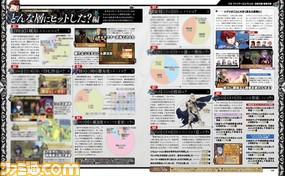 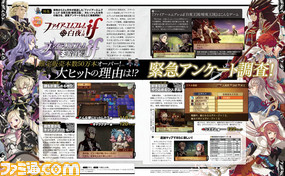 The Fire Emblem Fates survey isn’t the only one Famitsu launched this year. Back in June the Japanese magazine published the results of the Xenoblade Chronicles X survey which revealed a few interesting things like average play time and much more.

Fire Emblem Fates includes, like the more recent Fire Emblem games, several optional chapters called Paralogues. If you’re playing the Japanese version of the game but can understand little of it, you definitely need to check out some English Story summaries for Paralogues which are surely going to be helpful. Summaries for regular chapters, DLC maps and more have also been made available in the past few weeks.