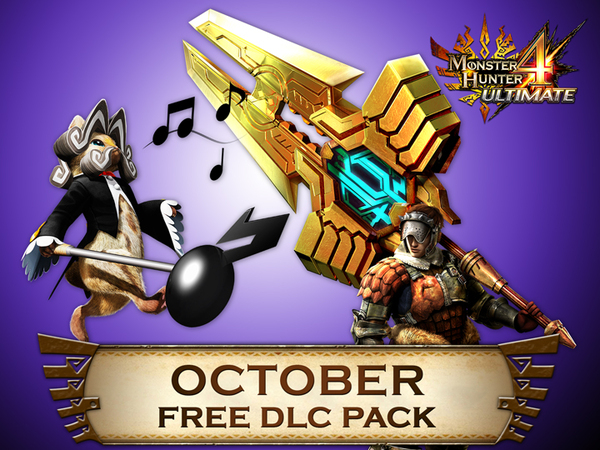 A new month has begun yesterday and just like every month since Monster Hunter 4 Ultimate’s release in the West, a new free DLC pack is going to be made available in North America and Europe. The free monthly DLC packs released for the latest entry of the series created by Capcom include a lot of content which manages to expand the already extensive Monster Hunter 4 Ultimate experience.

The next entry of the Monster Hunter series to launch in Japan this year is Monster Hunter X. Earlier this week the Japanese magazine Famitsu has revealed some new details on one of the game’s new monsters called Tamamitsune as well as more on returning monsters.