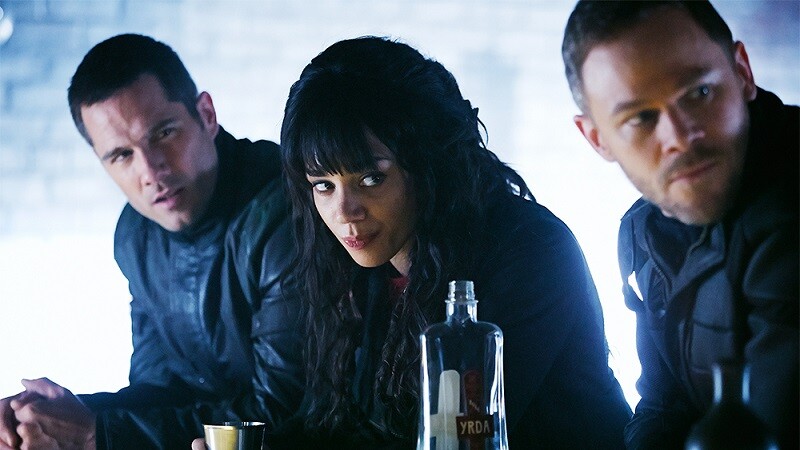 Killjoys is a very interesting tale on VRV that follows the story of three bounty hunters as they try to cash in on warrants. The kicker is that it’s in the far future where space travel and blaster weapons have made criminals that much harder and more dangerous to catch. The Killjoys motto is that the warrant is above all. They forsake all other duties and obligations so that they can promise to their clients to deliver the warrants they accept regardless of any unforeseen difficulties.

In the first episode, John Jaqobis tests this oath by accepting a warrant for his brother, D’avin, by secretly signing his mentor Dutch’s name on it. The warrant is a level 5 or a kill warrant and so John is trying to intercept and find a way to save his brother before another Killjoy can come and find him.

The series has all the makings of the good science fiction shows from back in the day such as Stargate, Babylon 5, and Star Trek. The show has that slight bit of cheesiness that’s often a hallmark of the classic science fiction television shows. All in all, it comes across an interesting show with dynamic and deep characters. The fact that it has a good plot which is being driven by what seems to be a power-hungry corporation makes it all the better. And if you’re hesitant about having to subscribe to another service, don’t worry. VRV has a lot of content and is cheap. As stated elsewhere the content is right up the alley for any geek looking for something to entertain themselves with.