Bang. And just like that, one of the biggest anime series to ever hit the western shore is back in action. The critically and commercially successful 1998 series Cowboy Bebop is going to get a live action television series. The series will be produced by Tomorrow Studios, a partnership between ITV Studios and Marty Adelstein. 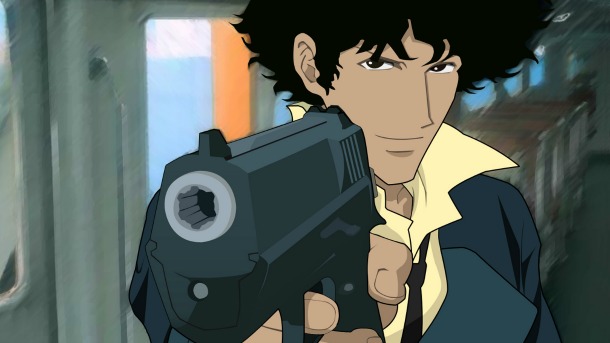 Now, anime getting the live action treatment doesn’t always work out well. Actually it hardly ever works out well. And it usually ends up a total disaster. But there is reason to be excited. Sunset Inc. who was the studio responsible for the original animated run will be one of the executive producers for the show. So we can assume they’ll make sure to keep the jazzy charm of the original series. Midnight Radio, Marty Adelstein, Becky Clements, and Matthew Weinberg will also executive produce the series. Chris Yost will write the adaptation for Cowboy Bebop. Chris Yost has done extensive work on Marvel comics like X-Men, Spider Man, Avengers, and wrote Thor: The Dark World and Ragnarok.

Catch up with Cowboy Bebop

Cowboy Bebop received massive critical acclaim when it first hit the West in 2001. The space-western takes place in 2071 follows Spike Spiegel and his gang of bounty hunters, called cowboys, as they travel around the galaxy trying to capture bad guys and survive all of the major dangers of the galaxy. The anime series has been successful in Western markets, and is credited with introducing a new wave of Western viewers to anime. Nowadays it’s considered the a gateway into the for many people interested in the series. Cowboy Bebop is the standard bearer for anime. That’s all thanks to the major philosophical themes, fantastic animation and character designs and one hell of a a soundtrack.

While most people are familiar with the television series of Cowboy Bebop, it’s been more than just that. It started out as a short run manga in 1997 and 1998. After the television series, 2001 Cowboy Bebop got a feature film named Cowboy Bebop: The Movie. The film took place between episodes 22 and 23 in the 26-episode anime series. Critics and fans were both fairly positive towards the film.

As mentioned earlier, live-action adaptations of anime and manga haven’t been the most successful. Dragonball: Evolution was so bad Akira Toriyama came out of retirement to save Dragonball’s tarnished name. Attack on Titan was panned by fans, who thought it was hammy and poorly written. And the 2004 adaptation of Devilman was so bad, that in an online poll for worst movie in Japan of the 2000’s. That’s not to say it can’t go well, but there is going to be challenges. No matter what though, the Cowboy Bebop seems like the perfect series for an adaptation.