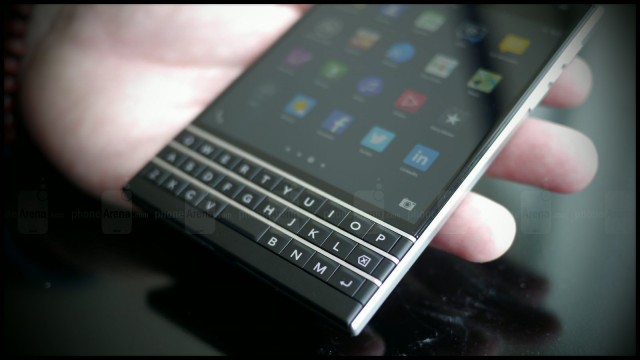 Earlier today, Blackberry put its latest flagship smartphone, the Blackberry Passport on sale in the US. The device can be purchased from AT&T on a two-year contract for the price of $250. However, if you don’t want to make a commitment to the carrier, you can buy it unlocked directly from the company’s website for $599. Worth mentioning is the fact that this is a limited time offer as the regular price of the Blackberry Passport will be $699 once the promotion ends. The company previously stated that although its latest smartphone is just as good as other flagships, it will be offered at a lower price in order to “get the market interested.” This plan may indeed work as the device features some pretty impressive specs and it really offers a great bang for your buck.

The Blackberry Passport comes equipped with a 4.5-inch display with 1,440 x 1,440 resolution and the already infamous QWERTY keyboard. Hardware-wise, we’re looking at a Qualcomm Snapdragon 800 quad-core processor clocked at 2.2 GHz complete with 3GB of RAM. Other specs include a 13MP primary camera with dual-LED flash, a 2MP secondary shooter, 32 GB of internal storage memory with microSD support and a downright massive 3,450 mAh battery. The Blackberry Passport can provide up to 36 hours of battery life according to Blackberry’s CEO. Seeing as how most of the new smartphones will only last about a day before you need to reach for the charger, this is definitely a very nice feature to have.

As for the operating system, the Blackberry Passport will run on the Blackberry OS 10.3. The OS made its debut on the flagship, but it will also become available for all Blackberry 10 devices in the near future. Blackberry’s Passport also went on sale in Canada and the UK earlier today. The device is scheduled to launch in 30 more countries including Germany, France and Singapore among others.