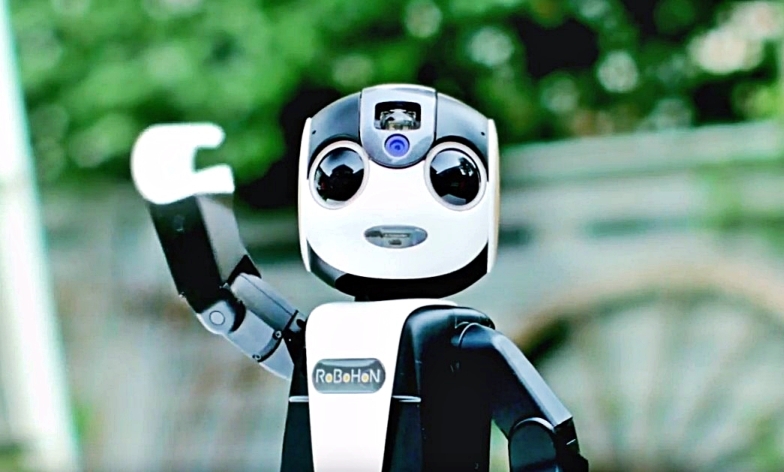 RoBoHon features a vast array of actions including reading and sending emails, memorizing phrases, take photos, connecting to the web, projecting maps or images through its head projector and develop a conversation with its owner, thanks to a voice and face recognition software.

With the tagline “A phone that moves the heart”, the designers wanted to make something more, a companion, or maybe a personal friend with which you can enjoy the presence. Robot designer Takahashi designed a special robot in 2013 for the lonely Japanese astronauts, so it wasn’t a very difficult task in creating RoBoHon.

The 19.5 cm (7.67 inches) tall robot can also walk, sit, dance, wave and comfort you. The exact release date for RoBoHon isn’t set yet, but it is expected to be released in Japan in the first half of 2016. You can see the emotional android in the presentation video above.

Only time will tell if the Japanese made a breakthrough in robo-gadgets or RoBoHan will have the same fading fate of its predecessors Aibo (the robodog), Pepper, or Jibo, robo-companions.