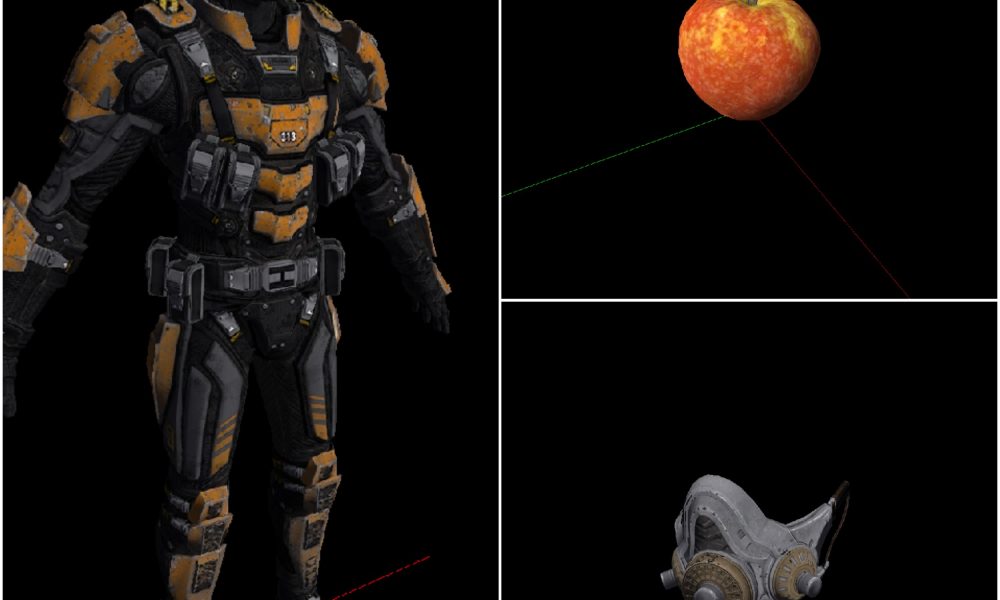 Redditor DevinWatson dove into the game files of PlayerUnknown’s Battlegrounds and pulled out some interesting finds. From spiked leather jackets to short shorts, it looks like the full release of PUBG is going to have some cool cosmetics.
First of the items is this cool chest armor, which looks like an upgraded version of the normal body armor. Find some and look like a true road warrior as you fight your way to the final circle:

There’s a lot goth-style clothing in here, like this glove and leather hooded duster:

Head out to the battleground in style with this suit jacket, or show off some flare with a skirt:

If that’s not your thing, there’s a plethora of short short’s to choose from:

In one of the more interesting finds, there’s this apple. Watson clarified its use writing: ”This was in with the grenades. There were other files named “poison apple”.” Perhaps this gives use to that gas mask, the apple being a simple gas grenade. A less likely theory is there are normal apples and poison apples, and players can leave them in a house to sneakily kill other players.

A pistol holder might give you a quick-draw perk for your sidearms, or maybe its just there to make you look good:

This looks like a sort of campfire, or maybe a sound-based trap (other player steps on it, breaking the sticks, alerting the player who set it). Watson wrote about this as well: “This was in with a bunch of survival pack stuff from the Unreal Store, probably nothing.”

Finally, the most awesome of the bunch: a full suit of armor straight out of Half Life. Watson cautioned hype, writing “I wouldn’t read into this one too much. It was in with a bunch of development / test stuff. Probably just a place holder. Just thought it was funny it was in the game files,” so it might be unwise to speculate on this. Still, seeing another player on the Battlegrounds in an HEV suit would be terrifying.

PlayerUnknown’s Battlegrounds’ release was delayed, but Bluehole is still promising a full release by the end of the year.

D.Va Snarks Her Way to Victory with Her New One-Liners!
Daniel Craig Possibly Signed On For Another Bond Film