We live in an age where anyone can post anything on the Internet, from albums of vacation pictures to written reviews about video games. However, while crazy conspiracy theories and viral videos tend to be extremely popular, webcomics receive less attention than they deserve. Webcomics, as the name suggests, are comics that up-and-coming (or established) comic creators post on their own websites. These writers/artists get to tell their own stories about their own characters their own way, no mandated crossover event comics that reset the universe, no pointless/”collectible” holofoil covers, just stories written by talented individuals who have a passion for what they do. However, with the number of webcomics available online, it’s next to impossible to sift through them all. That said, I have spent a lot of time reading webcomics — not so much that it gets in the way of productivity, though — so I am probably qualified to help you find what I personally consider to be some of the best webcomics on the Internet. 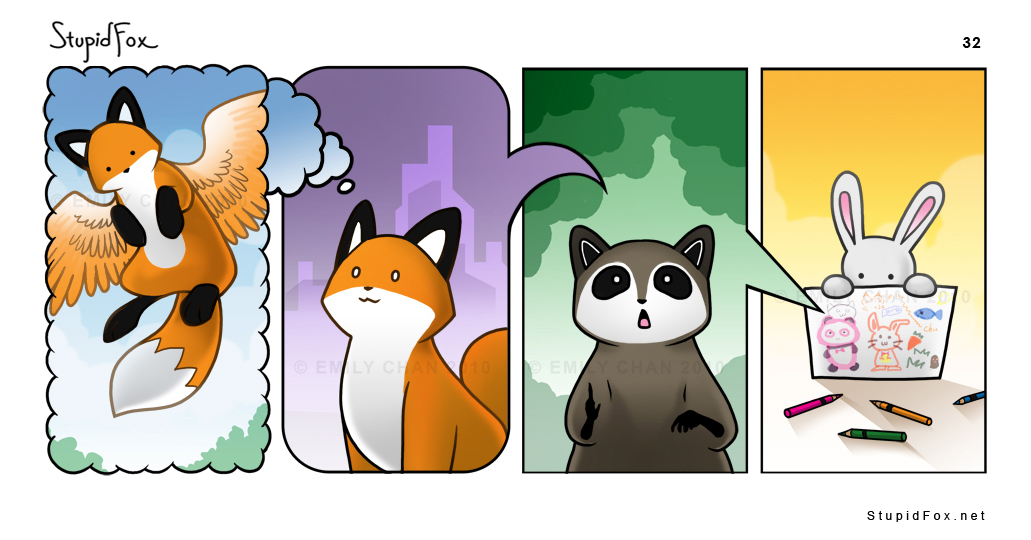 The star of StupidFox is a fox, and yes, he’s rather stupid, but that’s part of his charm. Unlike the other entries on this list, StupidFox is episodic, so you can read the strips in any order. Each strip is its own story, which is always “the random and silly adventures of the fox and friends,” but these mini-adventures are never repeated and are always hilarious, cute, and safe for all ages. Also, each StupidFox strip is only four panels long, so they only take several seconds to finish. Start reading this webcomic here and say hello to what might be the cutest — and dumbest — fox on the Internet.

Most post-apocalyptic stories take place in a depressing world where everyone is either an edgelord or a Mad Max cosplayer (or both), and the survivors struggle to survive. Romantically Apocalyptic bucks all those trends and is near impossible to quantify or qualify, but honestly that’s a good thing. The webcomic has a unique art style that is both creepy and batshit insane, and every character is upbeat and optimistic, mostly because they’re all batshit insane and treat the blasted wastelands and corpse-strewn cities as playgrounds. And don’t even get me started on the story, because it is, say it with me now, batshit insane, but that’s probably the point. If you’re in the mood for a unique webcomic that is as enjoyable as it is crazy, start reading Romantically Apocalyptic and say goodbye to your sanity. 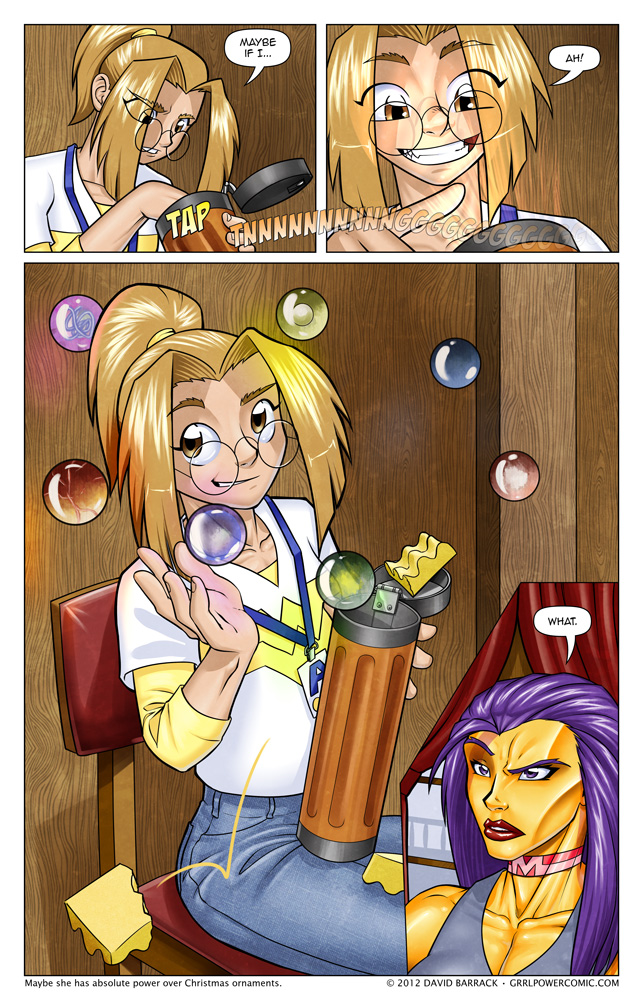 Superhero comics are extremely popular, and so are superhero webcomics. Honestly, these kinds of webcomics are so popular they would be a dime a dozen if they weren’t already free. Normally, you would expect the Superman, Batman, Spider-Man, or Wolverine analogue to be the main character in these kinds of comics, but Grrl Power tries something different. The story follows a dorky, uncoordinated, comic book-loving girl with ADD and the uncanny ability to string together words into curses even Eric Cartman would be proud of. Oh, and did I mention her powers come from eldritch orbs that “level up” with vaguely RPG-esque skilltrees? Thanks to the creator’s writing and sense of humor, this webcomic manages to celebrate and riff superhero comics, create a unique world and story, and develop a relatable and flawed main character. Go read Grrl Power today; you won’t be disappointed. Were you as disappointed as I was when Mike Mignola announced he would no longer create Hellboy comics? Well, Atomic Robo might be no Hellboy, but it’s darn close and a very good replacement. The main character, the titular Atomic Robo (or sometimes just Robo), is a sentient robot built by Nikola Tesla, and Robo brings this webcomic to life. He’s witty, clever, kind, and everything you need from a good protagonist. Furthermore, Robo lives in a world that, while nuts, makes sense in context, and he fights everything from elder Lovecraftian gods that exist outside of time to a talking dinosaur. And Nazis, because every Hellboy-like comic needs Nazis. If you don’t read Atomic Robo now, you’ll never learn how he saved the world from vampires from an alternate, post-apocalyptic dimension. Yes, seriously. Yes, I am aware the title doesn’t make sense, but that doesn’t mean the webcomic doesn’t make sense, as it might be one of the smartest I’ve ever read. Admittedly, EGS: El Goonish Shive starts off a little rough — ok, very rough — but it quickly turns into a modern classic, thanks to fantastic character arcs, well-written dialogue, excellent comedy, and an occasional helping of creepy/disturbing events. Just a bit of warning, though, transformation is a major recurring theme in the comic. One of the main characters is essentially a weresquirrel, another has a spell that transforms him into a Supergirl-esque superheroine, and then there are all the spells and enchanted items that alter the human body in myriad of ways, including but not limited to height, hair length/color, muscle size, breast size, and skin color. But, before you label this comic as fetishistic, keep in mind all the characters are teenagers; their transformations are as physical as they are symbolic (most of the time) of how the characters discover aspects about themselves — especially their sexualities — throughout the comic. If you’re in the mood for a slightly mature and extremely clever comic and don’t mind the occasional exposition dump or random physical transformation, start reading EGS: El Goonish Shive.

Completely forgot about this webcomic up until five minutes ago, but I probably should include it in this list. JL8′s premise is that every member of the Justice League, and all of their villains, are eight years old and they go to school together. It’s a fun and kid friendly webcomic, and while it tries to tell its own stories, it loses points for relying on characters established in other comics. Still, watching these characters live out somewhat normal lives — as superpowered children — is both novel and adorable, almost as adorable as Batman brooding in this comic. You can start reading JL8 here, and afterwards you can wonder why DC Comics hasn’t hired its creator, Yale Stewart.