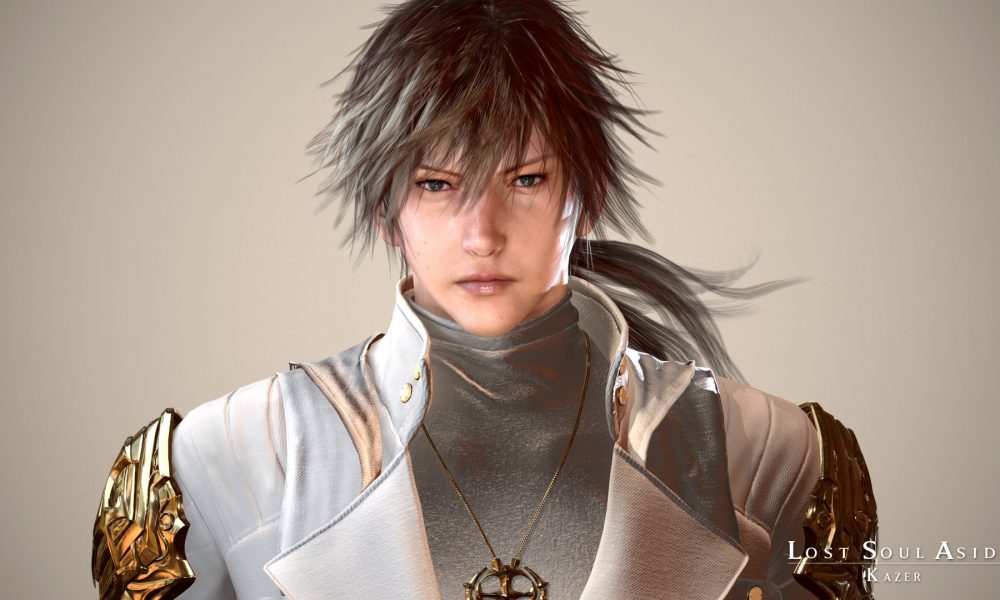 Indie games look more and more impressive each year thanks to talented and dedicated teams of developers. But, what about the games with development teams of one? Surely they can’t look as beautiful? Well, Lost Soul Aside demonstrates that one talented individual is more than enough to create a beautiful game. Sure, we’ve known about Lost Soul Aside ever since the announcement trailer dropped last year, but today Bing Yang posted a video that demonstrates the game’s combat system in full, and it’s a thing of beauty.

While Lost Soul Aside takes visual cues from Final Fantasy XV (the main character Kazer looks almost identical to Final Fantasy XV‘s protagonist Noctis), the gameplay is pure hack and slash bliss in the vein of Devil May Cry or Metal Gear Rising: Revengeance.  Kazer has all the abilities we have come to expect from such games: he can slide on the ground to dodge attacks, switch between different weapons, and unleash shockwaves from his blade, just to name a few. The first minute of the gameplay demo shows Kazer easily tearing through small, human-sized monsters. and the next four are spent fighting a boss.

The boss serves to demonstrate the level of challenge players will face in Lost Soul Aside. The fight starts off rather simple, and the creature only crawls on all fours and violently swipes at Kazer. It’s nothing most gamers haven’t seen before, but once the battle enters the second phase, the monster kicks it into high gear. What was at first some seemingly feral creature becomes a terrifying bipedal titan that swipes at Kazer with ethereal arm blades and conjures blue flames that litter the ground and restricts player movement. The second round isn’t Dark Souls levels of challenging, but it’s not the kind of boss fight players can take lightly.

During the cutscene that introduces the boss, you might have noticed it’s passive until it notices Kazer, at which point it starts rolling around in pain; the creature even shakily reaches for Kazer in much the same way characters in movies, tv shows, and video games reach out when they are in desperate need of help. While this is by no means solid evidence of anything, it implies that the boss monster — and possibly all the other monsters Kazer killed — might have been human once. If this is true, what caused them to transform, and why does Kazer’s presence force them to go rabid? These are questions the game will likely answer when released

The gameplay demo has sold me on Lost Soul Aside, and it’s still in develepment. The game will undergo numerous changes and improvements before it is ready for release, and I’m looking forward to the final result. Bing Yang deserves all the attention he can get for this game.