Free games, DLC, and deals worth checking out this weekend 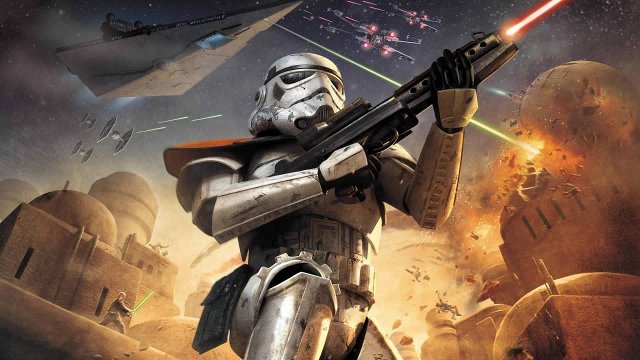 Free games, DLC, and deals worth checking out this weekend

Looking for some free games to play this weekend? Of course you are, we were, too, and actually found some pretty good ones while browsing around. As we all know, the most reasonable thing to do in situations like these is to share the good news with all your fellow gamers, which is exactly what’s happening right now. Most of the free games we’re going to recommend this time around are from Origin, of all places. While I don’t particularly enjoy EA’s gaming platform, it seems that lately they have some pretty nice freebies that are worth checking out. But even if you don’t want anything to do with Origin you should keep reading anyway because we’re going to look at some of the other platforms as well and see what they have to offer.

Okay, so let’s start with EA’s platform and see what we ca find there. First and foremost, you should really check out the Star Wars Battlefront beta that’s available exclusively on Origin, at least when it comes to the PC version. The beta ends on October 12 so make sure you hurry and jump into the action asap. At this link you can find everything you need to know about the Star Wars Battlefront beta and if you decide that you want to pre-order the game, you may want to avoid getting it at full price from Origin and just grab it from our friends over at CDKeys for just $46. Obviously, you’ll still need Origin to play, but that doesn’t mean you should also buy it from there.

More free games? No problem. You can get Red Alert 2 as part of the “On the House” program and you can also play for free The Sims 4, Battlefield 4, Titanfall and more for a limited time as part of the Origin “Game Time” program. Speaking of Titanfall, the game’s Season Pass is now available at no cost whatsoever, albeit you must own the base game in order to play. As for Battlefield 4, there’s a free DLC that you might be interested in called Night Operations. And since you’re already browsing around, you may also want to take a look at the free 6-hour trial for the Dragon Age Inquisition campaign or even better, play the multiplayer as much as you want at no cost. In addition, Dragon Age Inquisition also has two multiplayer expansion called Dragonslayer and Destruction, also available for free.

Alright, so enough about Origin, let’s look for some more free games elsewhere, shall we? Our next stop is unsurprisingly everyone’s best friend, good ol’ Steam. Unfortunately, you won’t find too much free stuff on Steam per say, so you’ll have to check with other websites that offer free Steam keys right now. A few of the most interesting ones I was able to find include Nosferatu, Bionic Dues, Anomaly Warzone Earth, as well as the Robo-Fortune and Beowulf DLC for Skullgirls, and Reverse Cosplay and Thank You packs for Saints Row 4.

If you’re in the mood for a major nostalgia trip you should visit the official Elder Scrolls website where you can download both Daggerfall and Arena for free. Keep in mind that you will need a DOS emulator to play them, though. Perhaps this is old news for some, but two great MMORPGs recently went free to play and they would make excellent candidates if you’re in the mood for some online action. The games in question are Guild Wars 2 and Wildstar, so once you’re done with everything else from this list make sure to check them out. Last but not least, the folks over at Good Old Games have a bunch of free games on offer for anybody with an account and even though these titles are a bit old by now you should still give them a shot because some of them are pretty good.

You can find great gaming deals all over the place nowadays, so I’ll just keep in brief and mention only a few. The first thing you’ll want to do is check the latest Humble Bundle where you can pay what you want for a number of great titles developed by Nordic Games. You’ve got Red Faction Guerilla, the Black Mirror series, the Desperado series, MX vs ATV, Jagged Alliance, and more. Also, on CDKeys you can find discounts for pretty much any game you can think of, including new releases like Civilization Beyond Earth: Rising Tide, Heroes of Might and Magic VII or Metal Gear Solid V: The Phantom Pain and upcoming big hitters like Starcraft 2: Legacy of the Void, Fallout 4, Call of Duty Black Ops 3, and Assassin’s Creed Syndicate, to name just a few.

Speaking of which, be sure to check out our ongoing Assassin’s Creed Syndicate giveaway for a chance to win a free copy for the platform of your choice and if you’re on the Xbox One take a look at our Halo 5 Guardians giveaway as well.