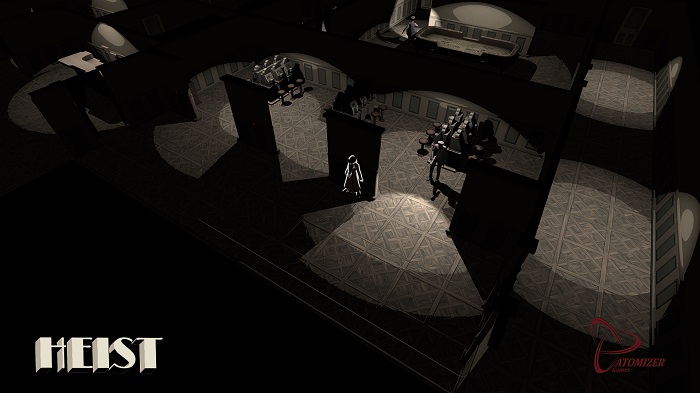 Heist is a stealth game being developed by Aussie indie team Atomizer Games. The game sees the player take on the role of a cat burglar as he sneaks through past the various guards and traps to reach something precious to steal. Since being featured at PAX Aus last weekend, Heist has sneaked its way onto Steam Greenlight. I spoke with Jared Mulconry, founder and programmer at Atomizer Games, about Heist’s journey.

“As we were studying game development… we ended up getting together and forming a company together,” Mulconry said. “We took a few days to sit down and come up with a few interesting ideas, and Travers (Atomizer’s designer) put to us the idea of a stealth game somewhat inspired by the likes of Hitman: Blood Money and some more recent games that have come out like Monaco.” 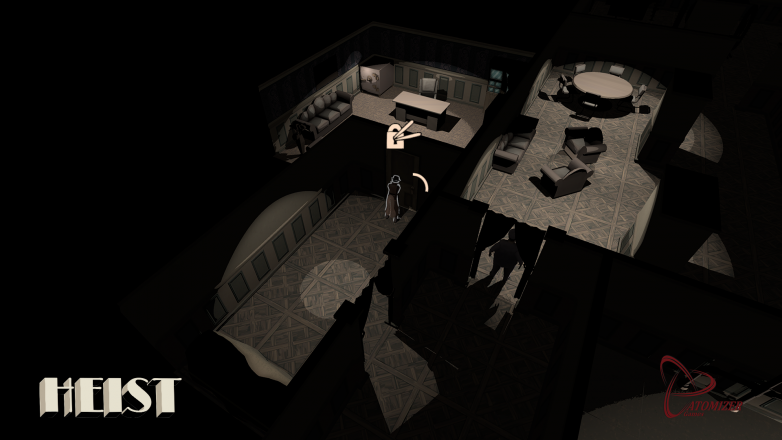 The team wanted to explore the idea of a non-violent, non-lethal approach to stealth. That’s when the idea for Heist started to form. The result is a top-down isometric game where the player’s safety is determined by whether or not they are standing in shadows. Moving into the light means being exposed to guards. The player can also duck under objects like tables and shimmy across walls to stay hidden.

“We ended up going with a graphic novel, noir sort of aesthetic. Mainly because several of us are into smooth jazz as a style of music, so we really wanted to find a reason to incorporate that into a game,” Mulconry said. 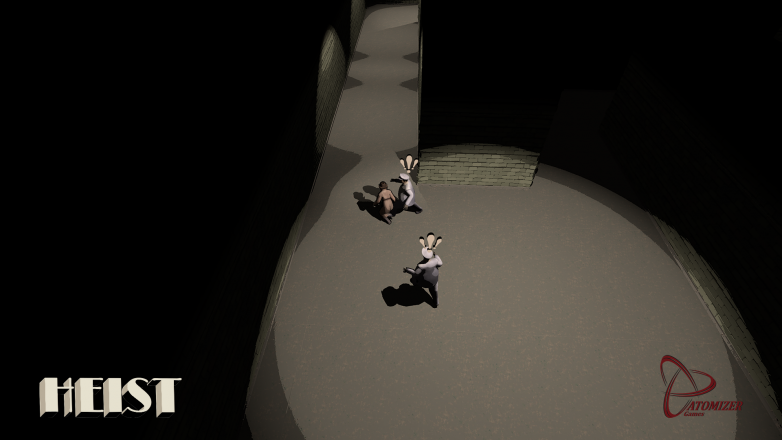 Heist has been in development for around two years. “In the process, we ended up learning a lot because we were fresh out of school and still trying to learn the fundamentals of game design. About a year and a half ago, we ended up scrapping the original prototype because it was going in a direction we didn’t want… In its current state, it’s at a pre-alpha build. There are still a few bugs here and there, but we think we have down exactly the kind of level design that we want and the kind of direction that we want to take the game in terms of its style and feel.”

Mulconry says the plan is to release Heist around the end of March 2016. In the meantime, they’ll be working on developing more levels. “We’re going to be trying to branch out, have levels that are very non-linear, levels that let you take multiple paths, as well as multiple approaches to those paths.”

The initial release is going to be on PC, but if there is a demand from the community Atomizer will explore releasing Heist on consoles as well as the possibility of a Mac or Linux release.