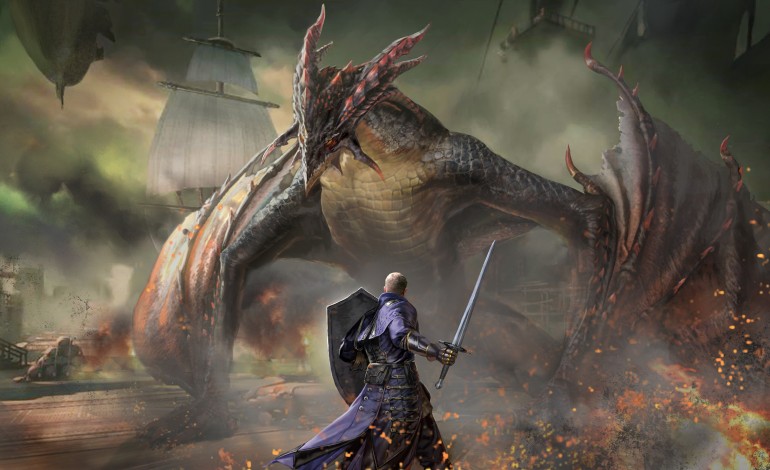 Bluehole Studio, while the name doesn’t sound too catch to me after certain questionable choices. The developer behind PlayerUnknown’s Battlegrounds has been seeing a lot of success with their pioneer of the Battle Royale genre.

It doesn’t seem like they are done with just one massive million-dollar franchise, though. As they are going to be developing an MMORPG for the PC called Ascent: Infinite Realm. The game was shown through a trailer during the G-Star event celebrated in Busan, South Korea.

The trailer released by Bluehole shows the advancements they have made in regards to the development of Ascent. You can just feel the impressive atmosphere brought by the environments coupled by the intense action seen on screen.

The presentation of the product also talks about the sort of characters that will be available in the MMO. We see some impressive aerial battles in which tens of airships of varying sizes and model blast away at each other. We also see ground battles with players on foot, heavily armed exoskeletons, and even steampunk jet packs.

We’ll obviously see classes such as the Gunslinger, Mages, Warlords and Assassins. However, it seems like the focus on the game will be centered around the airships that will grant increased firepower to the player’s arsenal.

If it wasn’t clear from the way I have been wording this, the game’s approach will be that of the Steampunk genre. Ascent: Infinite Realm’s detail and environments are going to be heavily inspired by the genre. There is certainly a lot of potential for some interesting fighting right there, and so many possibilities in terms of story quests can be done with the Steampunk aesthetic.

The game is already heading west for PC, with a beta announced for next year, published by Kakao Games, which is known for Black Desert Online. If you want to see the trailer all you have to do is check out the video below: