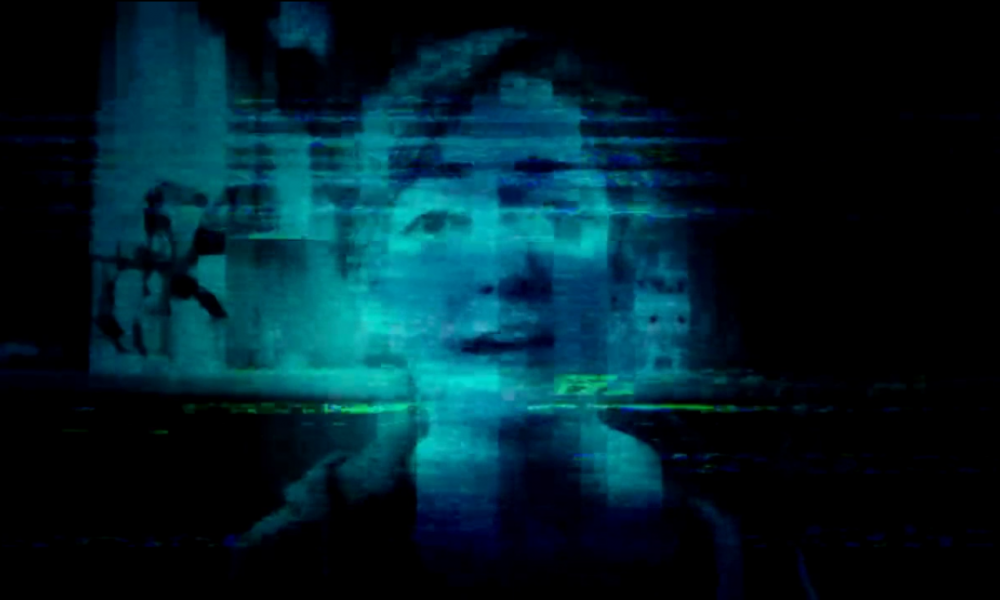 Another week, another set of news regarding the No Man’s Sky ARG surfaces. With some of the most cryptic stuff we have seen to date even. Everyone (Including myself) has been working hard to crack the code of this mysterious set of puzzles. And we seem to be getting closer and closer to the truth. Mission Azure Voyage has begun.

The Beginning of the Voyage

Last Saturday, the command STATUS on the Waking Titan console updated with the message “Mission Azure Voyage loading…” Entering the command AZURE VOYAGE or AZURE into the command prompt redirected to a website titled Azure Voyage with a prompt requesting a code, like the Bootsector puzzle we discussed about in the previous update.

On the other side of the spectrum, Waking Titan players also got an e-mail regarding an update from Atlas. Which reads:

We continue to be very impressed at your progress, both in the calibration challenge and in your exploration of the terminal interface. The data you’re generating is beyond value, and we appreciate your efforts. You may not see how right now, but you are truly changing the world. Thank you.

The people who got this message got their own code to insert into the AzureVoyage website. With a different code wheel that would decipher the code every individual Citizen scientist was to provide. All the while the seventh glyph in the Waking Titan Website had unlocked. Revealing a set of coordinates that were scattered across New York. 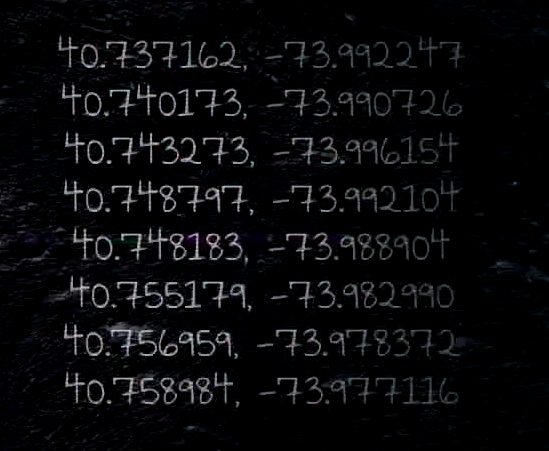 Soon, players found out that the location for the next part of the ARG was at New York’s Atlas Statue. Citizen scientists that entered their code found an image that confirmed the suspicions. Alongside a few text instructions that read as follows:

On 2017-07-29, at roughly 15:30 New York Time, a reddit user started a periscope livestream from the Atlas Statue. At 16:15 New York Time, a man with a purple umbrella led the crowd from the statue to an office building in Manhattan, splitting the group into teams of 6. Each team was given 30 minutes to solve a puzzle in a closed room.

The event was broadcasted for the rest of the players through a Twitch livestream by WakingTitan. The broadcast showed every group trying to solve the puzzle in the closed room. After the livestreams ended, the puzzle solvers got a new memo. This time it was from Major Dubois on Loop15. 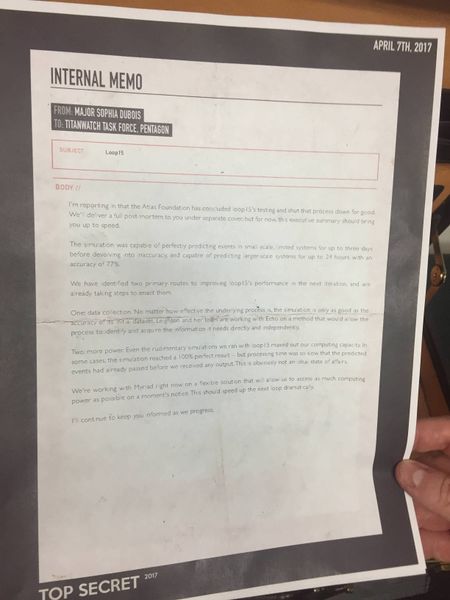 After the craziness of the project settled. Players were left with a final e-mail from the Atlas Foundation. This time, the citizen Scientists were address directly about their level 4 Atlas Passes.

As a result of recent developments, this email is to inform you that your Atlas Pass designation has been changed to REDACTED. Our classification model uses multiple data points including your behavior and quantitative activity as a Citizen Scientist.

The message contained a form for players to put their personal shipping address. That way they would receive their Level 4 cards. After having provided a physical mailing address, Citizen Scientists were supplied a code string which, once subjected to a rot16 conversion, directed players to a YouTube video featuring Metallica’s Call of Ktulu

The STATUS Command was now only showing this string: “-//”

The end of the Azure Voyage with… Pet Food?

The very last update we have gotten as far as today comes in the form of No Man’s Sky community members getting different types of pet food, each being for small animals. The range of animals varying with:

Finally, each package was from “loop16” and has a blue sticky note that said “For Mr. Noodles ONLY. DO NOT EAT“. There is one final detail I have been saving for the end of this however, and it’s a bit of speculation regarding a person of Interest to the community.

When I was new to the ARG, I didn’t really know who this fellow named Emily was. So I did the best thing and asked GameDetectives.net Staff member Crash about her. The answer he provided concerned me the most.

“She’s a character who used to post vlogs on the ETARC forums, she hasn’t been seen in a few weeks (…) she’s important because she’s ostensibly a solver just like us, and has been a friendly presence on the forums up until her disappearance” – Crash, GD Staff.

“A solver just like us”. The words that marked the first of my concerns inr egards of the Speculation I have. She was friendly towards members of the community and was an active participant of the ARG, and then she disappeared. All of the sudden, Atlas and Waking Titan show a lot of her in various moments, even during the livestream. The image on the top is the image of Emily, which appeared glitched at the end of the transmission.

I have voiced this previously, but I have the belief that Emily was a proxy for Atlas Foundation. A pawn of sorts that was sent in to help players get into the meat of things. Maybe she didn’t want to come back to Atlas once her mission was complete. And so, she would have become a POI for Atlas and the Waking Titan.

But this is nothing more than just speculation, and the future is still unknown for the Citizen Scientists. Major thanks to the GameDetectives.net Wiki for the archived information.Check their page to find out more details about what happened this weekend.