Arrow Episode 5×20 “Underneath” Recap and Review 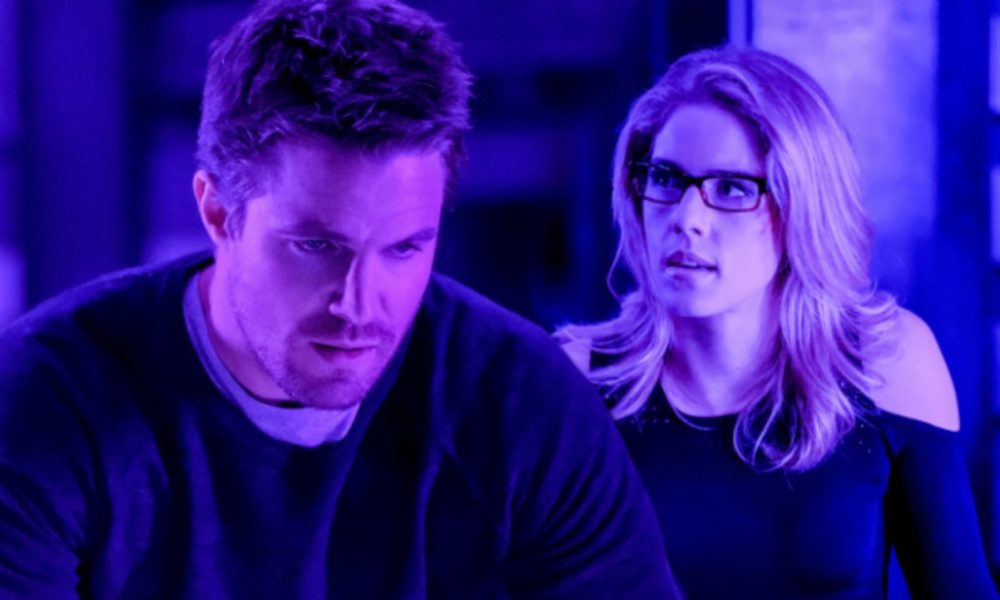 Arrow Episode 5×20 “Underneath” Recap and Review

In this episode of Arrow following the exploits of Star City’s Emerald Archer, there is actually very little archery. The episode picks right up where last week’s ended with Oliver and Felicity knocked back by an explosion set by Prometheus at their terminal. Oliver and Felicity are knocked more or less out of commission for most of this episode. The blast was an EMP that disables the chip in Felicity’s spine that allows her to walk. On the other hand, Oliver seriously injures himself after falling down the elevator shaft trying to escape. After much struggling, Team Arrow manages to break them out with the help of some upgraded T Spheres courtesy of ARGUS. The episode ends with Oliver and Felicity making amends and Prometheus finding Oliver’s son at his bus stop after school.

While this episode was light on plot, it was very heavy on character development which is where Arrow shines. The focus of this episode was on Oliver and Felicity. While I thought it would be annoying dangling another will-they-won’t-they story over the viewers, it was handled very well.

We always knew Felicity’s motivations from the get go as to why she broke off their engagement, but this episode clears up a few things on Oliver’s end. Oliver had never fully trusted Felicity before, but he always used the same excuse. He didn’t want her to become like him, which Felicity points out as being incredibly hypocritical. However, he himself finally understood why he didn’t want that when Prometheus kidnapped and tortured him a few episodes back. Prometheus broke Oliver by making him admit that he used to kill not because he had to but because he genuinely enjoyed it. While incredibly dark, it was a very well-written moment that the writers seemed to forget at the end of the next episode. It eventually comes back here with Oliver fessing up to Felicity, who he finally trusts with this information. Instead of backing away in horror, she brings him back to his senses showing him that anything he “admitted” to Prometheus in that time was coerced through torture and not true.

What didn’t work in this episode was the resolution of that character development. Oliver and Felicity had grown as characters to the point that they were able to have this adult conversation after over a year of ignoring it. However, Felicity ends the conversation of them getting back together on the equivalent of a “maybe”. This shows that not only is this will-they-won’t-they story going to continue even longer, it probably won’t go anywhere. This is a huge waste of the audience’s time and patience and negates a lot of the character development they just had in the very same episode.

I have mixed feelings about this episode. For one the episode was incredibly well acted and shot and the character development was nice to see. However, it felt like a waste of time since most of it won’t be applicable to the plot of the rest of the season. I’d still say overall it was a good episode, but it was definitely one of the weaker ones in this stellar fifth season of Arrow.