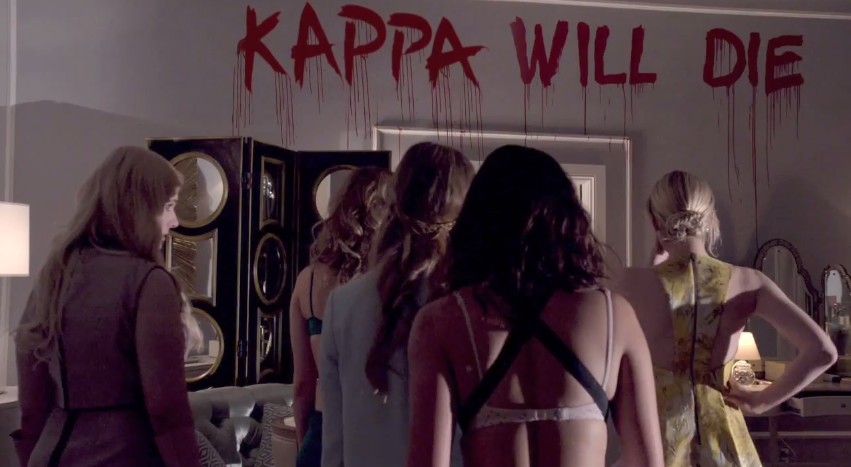 As the dulcet days of summer come to a close, TV executives are hard at work scraping together shows for the fall premiere season—seeking to outdo the interesting and inventive programs now streaming straight into our laptops and phones. So far, a few offerings have managed to pique our interests. Here are a few fresh fall TV shows that might just make it worth reconnecting with good old television.

After a run of surprisingly good television, the CW is at it again—and with zombies or at least zombie-like situations no less. Okay, “Containment” actually has nothing to do with zombies and everything to do with those nasty little viruses everyone worries about causing an epidemic. Premiering midseason next fall, each episode will follow a character through a day in their life and a day in the life of the epidemic. With such a dark subject matter, it’s almost a guarantee that we’ll bear witness to humanity at its ugliest and most depraved—and likely its best as well.

Between “The Tudors,” and “Game of Thrones,” the bloody gates of history, as well as sword and debauchery, have been flung wide open, so to speak. And with hundreds of years of history to cannibalize, TV execs must by frothing at the mouth. In this medieval tale, a soldier from King Edward’s forces vows to lay down his sword, until the Welsh Madog ap Llywelyn Rebellion (here’s the history part) pushes him into becoming an executioner. Plenty of swords, death, blood, and Katy Sagal are set to follow when heads roll for “Bastard” in October.

Fans of this cancelled Jane and John Doe gone X-Men rejoice. The mundane to mighty superheroes return—at least in miniseries form—with a new set of characters. This time the action centers on a mysterious disaster in Odessa, Texas. Much like the X-Men series this show bears homage to at times, the government is quick to blame super-powered individuals, causing a pariah scenario where the would be Heroes must escape into the woodwork. Look for the renovated “Heroes” on September 24th.

This is an interesting television recipe. Take the guys who created “Glee” and “American Horror Story” (quite the unusual filigree), add a pinch of scream queen legend Jamie Lee Curtis, a dash of Hollywood dynast Emma Roberts, a snarky snit of Niecy Nash, season heavily with ’80s slasher conventions, add sizable dose of the Ten Little Indians nursery rhyme, and you have “Scream Queens.” The show centers on a college campus, specifically at a sorority where a series of murder took place 20 years ago. When the body count begins anew (on September 22nd), administrators, Greek ladies, and their hapless love interests must scramble to figure out whodunit. And in a fun little twist, the show promises to kill off a major character every episode.

Look up in the sky: It’s a bird. It’s a plane. It’s an attempt to cash in on some of that trending superhero money. Actually, in this case, hopefully it’s also a vindication of one of the more underwhelmingly represented superheroes in the DC canon and a step towards better gender representation in the comic book world. Debuting October 26th, the show promises a far superior take on Supergirl than the previous incarnations, which tended to be kitschy and hokey. Portrayed by Melissa Benoist, this “Supergirl” finds a reluctant Kara Zor-El nee Danvers as a reluctant superhero, dealing with being a super-empowered woman in the modern world. The producers also tease about possible crossovers with “The Flash” and “Arrow.”

If you’re a fan of the Evil Dead films, this one is probably a no-brainer. But for those little goodie two-shoes among the film-going audience (and this is a reference, not an insult) who haven’t experienced the hilarious carnage of the series you’re in for a treat. Expect lots of wisecracks from Ash Williams (Bruce Campbell) and his merry band of demon hunters. Also expect gallons upon gallons of grue, Sam Raimi’s stylized camera assault, and unrelenting undead-trouncing action when “Ash Vs Evil Dead” rears its white-eyed head on Halloween.